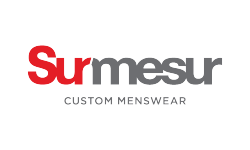 Surmesur is a company of made-to-measure clothing for men, we offer many different made-to-measure products at off-the-rack pricing from suits to dress shirts, chinos etc 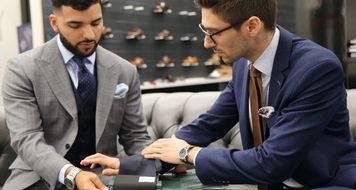 Surmesur is a company of made-to-measure clothing for men, that first came to life almost 10 years ago. We offer many different made-to-measure products at off-the-rack pricing from suits to dress shirts, chinos, accessories and shoes. Take part in this innovative way of shopping. 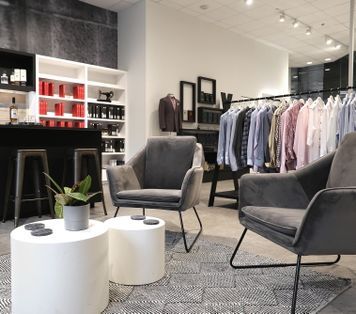 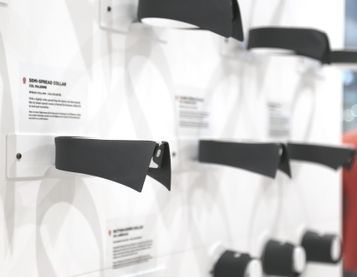 Create a new market segment between the familiar off-the-rack shopping experience and the craftsmanship of a master tailor.

A personalized store visit to create your custom look in just 4 steps:

REASONS TO VISIT THE STORE

“Surmesur is committed to providing the most exceptional shopping experience and the best value in custom, made-to-measure menswear.”

"Be Creative, Take Action, Be Better, Have Fun!  ”

“Surmesur is committed to providing the most exceptional shopping experience and the best value in custom, made-to-measure menswear.”

On November 15, 2010, after months of research and design from their apartment basement, brothers Vincent and François Thériault started their business, offering a new and original shopping experience in a 320-square-foot store in Quebec City. The concept was an immediate success and the store quickly outgrew its location. In June 2011, the store moved and expanded to a 1,200-square-foot space that could more comfortably welcome customers. Thanks to the success of its model and to word-of-mouth, Surmesur experienced rapid growth over the following year.

Less than a year after establishing the Montreal branch in 2012, Surmesur was proud to announce the opening of a third store in downtown Toronto in 2013. A fourth store opened in Ottawa in summer 2014, and a fifth in Laval in 2015.

In 2016, Surmesur took the next big step in its ongoing expansion with the opening of a store in Mississauga to better serve the Greater Toronto Area, and the inauguration of the company’s first U.S. locations, in Chicago and Pittsburgh. The same year, Surmesur launched a new transactional website, empowering clients to create and order their made-to-measure clothing online.

Building on this momentum, Surmesur made its innovative business model available as a franchise opportunity across North America in 2017.

What happens next is up to you.... 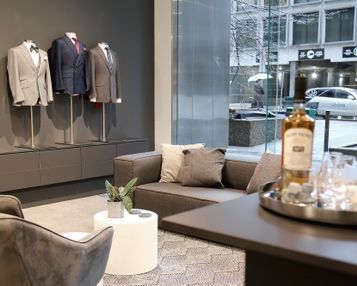 The ability to process thousands of custom items efficiently using our own powerful software program. Endless items without the challenge of an inventory.

By building a powerful, proprietary software program and solid partnerships with top-notch manufacturers, Surmesur is able to process thousands of custom items quickly and efficiently. Endless design options for suits, shirts and much more!

Surmesur’s stores are located in the heart of major cities, close to their customer target: businessmen and professionals. "Flexibility without  inventory is everything combined with the right tools" 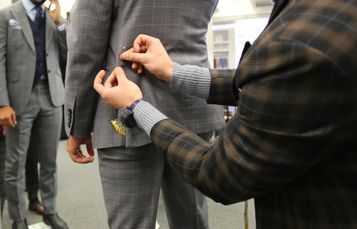 Creating made-to-measure garments give the client the opportunity to choose everything from fit, to comfort and style. Surmesur is a company of made-to-measure clothing for men, that first came to life in 2010 in Quebec city. We offer many different made-to-measure products at off-the-rack pricing from suits to dress shirts, chinos, and accessories.

Creating accessible made-to-measure wear for the everyday businessmen has been our main priority. Learn more about our franchisee program. 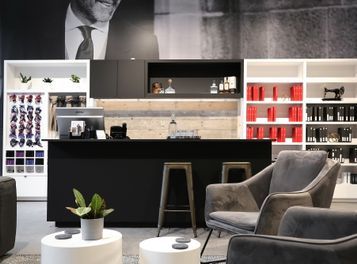 HOW TO BECOME A FRANCHISEE

Before deciding to grant a franchise license, the Surmesur team undertakes a detailed selection process, including in-depth interviews with the prospective franchisee.

A franchisee must have:

Experience in retail or fashion is preferable, but not necessary.

We want the process of joining Surmesur to be simple, fun and as stress-free as possible!

Our due diligence checklist will make sure that everything is covered, but here’s an idea of what you can expect:

Thank you again for your interest in Surmesur. We look forward to discussing this exciting franchise opportunity with you!

In addition to the initial investment, ongoing payments (plus applicable taxes) are required as follows:

6.5% of gross sales for the term of the license

1.5% of gross sales for the term of the license

INCLUDED IN THE COST OF A SURMESUR FRANCHISE:

*The specific cost of a Surmesur franchise license will depend upon the size of the retail space and the territory served. The cost may exceed $350,000 in certain locations due to higher development costs.

All new franchisees must attend our intensive 6-week training program at Surmesur University, based at the head office in Quebec city and at our Mississauga facilities. It’s an in-depth program that covers all aspects of the Surmesur concept, from the technical knowledge of fabrics and design options to the management tools in place.

Is this your franchise?