On April 5, 2017, the New York City Council passed a law amending New York City’s Human Rights Law to prohibit covered employers and employment agencies, with some narrow exceptions, from: a) inquiring about the salary history of a job applicant or b) relying on the salary history of a job applicant in determining the salary, benefits or other compensation during the hiring process. The law will take effect 180 days after Mayor De Blasio signs the bill (which is expected to occur).

Under the law, “to inquire” means:

Proponents of the New York City salary history bill believe that the bill is yet another way to close the gender pay gap. They have stated that employers’ reliance on past salary history has perpetuated the gender pay gap, where women continue to be paid less than their male counterparts. The purpose of the law is to reduce the likelihood that women will be prejudiced by past salary levels. “Instead, employers would be encouraged to set salaries based on factors such as resources and market rates.”

The American Association of University Women has reported that the gender pay gap is real, documenting its research and conclusions in a recently published Spring 2017 edition on the subject entitled: "The Simple Truth about the Gender Pay Gap," http://www.aauw.org/aauw_check/pdf_download/show_pdf.php?file=The-Simple-Truth.

The NYC salary history ban follows similar bans in other jurisdictions like Philadelphia, Pennsylvania, New Orleans, Louisiana and Puerto Rico. In last year’s blog entitled “Is Asking a Job Applicant about Their Past Salary, History?” we reported that Massachusetts became the first State in the nation to prohibit employers from asking job applicants about salary history, and that California is considering a similar law. See http://www.perlmanandperlman.com/show-me-the-money-massachusetts-prohibits-employers-from-asking-job-applicants-about-salary-history-and-other-jurisdictions-may-follow/

Because New York City is home to many employers with multi-state operations, the rippling effect of this law may be extensive. That is because NYC’s Human Rights Law covers employment decisions made in New York City even if those decisions affect an employee working outside New York City.

The New York City Commission on Human Rights is charged with enforcing the law, and can impose civil penalties ranging from $125,000 to $250,000. Alternatively, if a complainant chooses to bring a private action in court and prevails, a finding of a violation of New York City’s Human Rights Law may result in compensatory damages, punitive damages, equitable remedies, reasonable attorneys’ fees, costs, and expert witness fees.

In light of these legal developments, franchises may want to:

Lisa M. Brauner is an employment law partner and Head of the Employment Law Practice at the law firm of Perlman & Perlman LLP. You can reach Ms. Brauner at 212-889-0575 or lisa@perlmanandperlman.com. 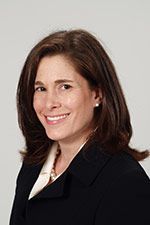 The Stats on Automotive Franchises

One of the Most Important Items in the Franchise Disclosure Document

When considering a franchise opportunity, a key component of the franchise evaluation process is reviewing the Franchise Disclosure Document.

Questions To Ask Before Signing A Lease

Before you sign on the dotted line, make preparations for lease negotiations with the landlord by making a list of the questions you need to ask to protect yourself and your investment.