Earlier this year, the U.S. Equal Employment Opportunity Commission (EEOC) launched its commemoration of the 50th anniversary of the Age Discrimination in Employment Act of 1967 (ADEA). The ADEA certainly seems to be on the EEOC’s radar. Within the last several months, the EEOC announced that it had filed a lawsuit against Ruby Tuesday for allegedly violating the ADEA and also announced that Texas Roadhouse agreed to pay $12 million to settle a lawsuit filed by the EEOC alleging violation of the ADEA.

Very generally, the ADEA applies to employers with 20 or more employees and protects employees and job applicants who are 40 years of age or older from employment discrimination based on age. Under the ADEA, it is unlawful to discriminate against an employee or job applicant because of his or her age with respect to any term, condition, or privilege of employment. Additionally, the ADEA makes it unlawful to retaliate against an individual for opposing employment practices that discriminate based on age or for filing an age discrimination charge, testifying, or participating in any way in an investigation, proceeding, or litigation under the ADEA. The EEOC and courts have also interpreted the ADEA as prohibiting harassment because of age. Harassment can include offensive or derogatory remarks about a person's age.

While intentional discrimination based on age is obviously prohibited under the ADEA, employers should be aware that an employment policy or practice that applies to everyone, regardless of age, can also violate the ADEA even if there is no intent to discriminate. This would occur if the policy or practice has a disparate impact on applicants or employees age 40 or older and is not based on a reasonable factor other than age.

So what can employers do to prevent violations of the ADEA? Here are some suggestions.

Modern Business Associates is a HR outsourcing company offering flexible, cost-efficient solutions for payroll, tax accounting, benefits administration, risk management and HR consulting. If you would like more information about how the experts at MBA can help your business operations, please email us at info@MBAhro.com or call (888) 622-6460 or visit www.MBAhro.com. 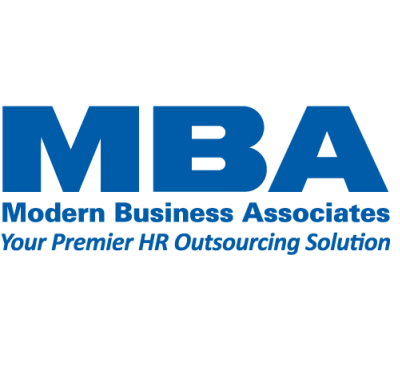 How to Shop at a Franchise Show

A franchise exposition show is a convenient way for you to shop for and compare different franchise opportunities.

One of the Most Important Items in the Franchise Disclosure Document

When considering a franchise opportunity, a key component of the franchise evaluation process is reviewing the Franchise Disclosure Document.