Forge Franchisor Loyalty – Because It Matters

Many of the talented Fran Expo contributors focus their expert advice for the benefit of franchisors. As a former 15 year Kids ‘R’ Kids Academy franchisee, I can do that, but not as expertly as I can message to franchisees. Today, I’m using my word count to focus on why franchisees are missing the easy play that leads to a big payoff when they don’t focus on being loyal to you, the franchisor. I can write it, but it’s up to you to figure out how to get it to the right folks. (I know you can).

Over the past year, I’ve interviewed 16 Top Performing Franchisees (TPF’s) representing over a dozen segments. Most of these TPF’s were introduced to me by their franchise owner or business development representative. I asked to talk to a franchisee who embodies their brand, contributes best practices and consistently outperforms the majority of owners. Many of these folks held the top spot. It was thrilling, enlightening and confirmed many things I believed to be true.

The first question was always the same, “To what do you attribute to your success?” Guess how approximately 80% of the franchisees I interviewed responded. That’s right. Eighty percent of the top performers in the country all pointed directly back to you. Loyalty and relationships matter and the best franchisees get that. Why it matters is a more complicated question to answer.

Once a franchisee has demonstrated that they are serious about their business and the brand by showing continued revenue growth, high marks on quality reports, and have generally been in step with programs and initiatives, that owner is granted access. Access to information, access to influence, and access to exceptions and opportunities. For me, this was best demonstrated in 2002 when I was thinking about expansion. For four years I had grown consistently and paid attention to what my franchisor and quality representatives told me. I was loyal and they knew it.

I had decided the time was right even if I wasn’t quite ready to deal with new construction and all the stress that comes with it. I had been at capacity for a couple of years and was worried about staying competitive. Several new competitors were looking in the area and one had announced plans to build. I had to act now if I wanted to secure my advantage long-term.

The expansion project would be a second building approximately 9,000 square feet located directly behind the main center. I had the very good fortune to buy a larger land parcel than our system required, 1.25 acres at the time, and at a very good price because of the peculiar

zoning. To my knowledge, no one else in the system had done anything like this. All I needed to get started on my expansion plans was my franchisor’s approval.

I took a deep breath and called my franchisor, Pat Vinson, to tell him what I had in mind. His first concern was that I was “biting off more than I could chew” because he “loved me like a daughter” and didn’t want to see me get into something that was going to be too much for me. First, he meant that about the daughter thing; Pat was incredibly familial. And second, I was one of the very few franchisees who did not have a spouse or partner running the business with them. He was right to be worried. Pat was on his plane and down to see me within a few days. The man was extremely busy, but I can’t remember a single time when he did not take my call on his cell phone or come to my center if I needed him. Ever. That’s access.

We walked the property and I told him my vision for the Enrichment Center and my desire to make it feel more like a campus. Voluntary pre-kindergarten was about to break loose in Florida and this new suburbia had no church-sponsored preschools for part-time students. The need for non-full-day programming was great. I told him about the slew of competitors that were ready to break ground and convinced him I could handle it. He nodded and said, “OK, then, Shug, how are we going to do the driveway?” He proceeded to tell me how it would work best to lay it out. The man was pure genius about configuring building footprints to work on just about any land track. He knew what he was doing and was willing to share his time and knowledge with me. That kind of access to that level of experience and wisdom is priceless.

The Enrichment Center became the crown jewel of my entire operation. It allowed me to make more money than most of the other franchisees in the system and kept me super engaged with my business for the next several years. I had achieved this success because of my loyalty to my franchisor and his loyalty to me. Our relationship was based on mutual respect, trust, and shared goals. Loyalty and the benefits and payoffs are worth pursuing.

Many franchisees I interviewed this past year spoke very passionately when they talked about their relationships with their franchisor. One in particular stood out. That was Bill Pyle, a Freddy’s Frozen Custard and Burger multi-unit owner who leads a very successful Freddy’s investor group. When we talked, he told me about the too soon passing in December of Bill Simon, Freddy’s President and CEO and one of the four co-founders. I texted him last night when I was writing this and his response was, “We miss him every day”. I left it at that.

Christy Wilson Delk is a frequent contributor and author of Adventures in Franchise Ownership: 4 Pillars to Strengthen, Protect and Grow Your Business, to be published Fall 2017. IFA Supplier Member, Speaker and Business Professor, Christy welcomes your comments. Christy@ChristyWilsonDelk.com 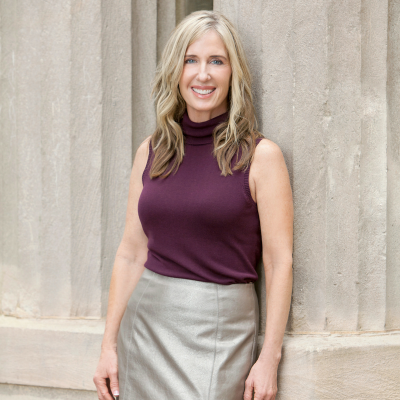 Making Your Franchise Your Own in the Digital Age

The good news – the digital age has made it easier than ever to connect with your customers. How do you best take advantage of all of the amazing opportunities presented by the Internet.

Qualities of a Great Franchise Company

Franchisers and potential franchisees can benefit from keeping the following qualities in mind when working together to create a top-notch company that stands above its competitors.

Social media is one of the most powerful marketing tools available to help brands connect with people.