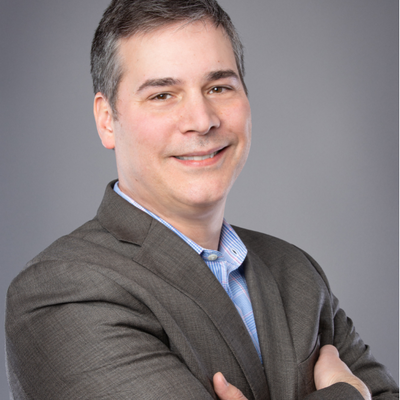 Tom Spadea is an experienced franchise attorney with a unique history of being the head of franchise development and real estate for multiple national franchise concepts prior to becoming an attorney. This unique perspective of a franchise lawyer who used to sell franchises gives him a deep understanding of his client’s legal and business needs. Tom has seen and worked with franchise companies at all levels of their life cycle as both an attorney and a business executive.

After more than 15 years of corporate and entrepreneurial experience, Tom went on to receive his law degree at Temple University's Beasley School of Law in Philadelphia, Pennsylvania. His Philadelphia-based firm, Spadea Lignana, has more than a dozen attorneys focused primarily on franchise law. The firm helps clients with trademarks, the FDD, state registrations, real estate, litigation and the myriad of legal issues faced by both franchisors and franchisees.

Word on The Street: Be Legally Ready for Franchise Opportunities in 2021

There is so much hype in the franchising industry right now. Despite the ebbs and flows of a global pandemic and the stops and starts of an unpredictable election year, franchising experts agree that 2021 may be the biggest year for franchise sales in a decade. This kind of bump is attributed to a rise in an unemployed high-level workforce, low interest rates, increase in personal collateral and easier adaptability of system operations to “new normal” regulations than non-system or independent business models.

Is Now the Best Time to Buy an Existing Franchise?

While you might think that now, in the midst of the COVID-19 pandemic, is the worst time to start a business, it is, in fact, a good time to consider buying an existing franchise.

8 Steps to Becoming a Franchisee

Are you considering a franchise opportunity? If the answer is “yes,” then it’s time to start thinking about the journey ahead.

Top 10 Most Important Clauses in a Retail Lease

Picking your battles is the best way that a small tenant can get the best deal possible in a commercial lease. Here you can read top 10 most important clauses in a retail lease.

Are Distributorships Exempt from the Franchise Rules?

A business owner should always consult with a franchise attorney, who is experienced with the FTC rule and its interpretation, before making a final determination if their business model, or the one they are considering investing in, is indeed a distributorship.

Should You Franchise Your Business?

Franchising is a business growth and expansion strategy. If you are a business owner and you want to grow your business you essentially have two options.