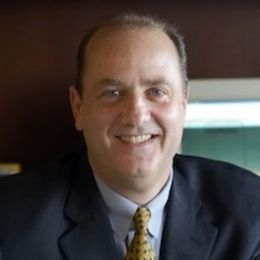 Tom has been with MFV Expositions for over twenty years. He has been president for over ten years and added CEO to his title in 2009. During this time, MFV Expositions has taken on many forms, adapting to the ever changing market place.

Prior to joining MFV, Tom owned an advertising and PR firm and was a founder and Group VP of an instant printing franchise.

Getting the most value out of franchise expos

Advantages of a small franchise network

The franchisor is still accessible to franchisees, and will help resolve the franchisee’s problems even to the point of visiting the franchisee in the field. Franchisors of small networks share a few concerns.

Do you have the right personality to be a franchisee?

Before buying a franchise, one of the most important questions to ask yourself is: Do I have the right personality to be a franchisee? But how do you find out if you’re a good fit before you buy the franchise.

Pros & Cons of a Start-up Franchise

You've saved your money, you've done your research and you've decided to become a franchise owner. Here are a few pros and cons of investing in a new franchise company.

Be Part of a Winning Team

Choosing a proven franchise system can drastically improve your chance at success. However, a franchise isn't an automatic guarantee of success in the business if the system doesn't have a sound plan.

Completing Your Due Diligence

You should never jump into a business opportunity without doing sufficient research on the market and financing, even if the opportunity is coming from a well-known franchise.

Pros & Cons of Becoming a Franchisor

A franchise doesn't come with a stamped guarantee of success. Before putting a trademark investment under your belt, assess the advantages and disadvantages to avoid surprises later.

When it comes to the success of any given, leadership is one of the most important factors. Every company needs someone with vision and integrity that will lead his or her team to achievement and accomplishment.

What You Need To Know About Multi-Unit Franchising

Many of today's franchise entrepreneurs are jumping on the opportunity to invest in multi-development ownership agreements, as these are proving to be highly successful for both the franchisor and franchisee.