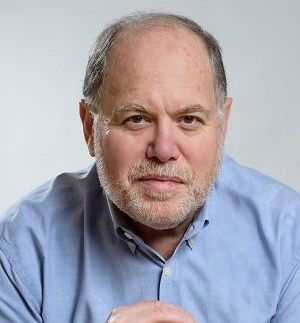 Under Michael's guidance, MSA is committed to advancing the franchise model to improve the human condition and have a world-changing impact on poverty, diseases, and economic development at the Base of the Pyramid. Michael serves as Chief Concept Officer and a member of the Board of Directors and Executive Committee of CFWshops and One Family Health, social sector franchisors providing clinical services and essential medicines in Sub-Saharan Africa. He also serves on the board and executive committee of the HealthStore Foundation. He speaks frequently in the United States and internationally on social franchising, has presented to the World Franchise Council, and is on the steering committee of the Social Franchise Innovations Roundtable at the Peter T. Paul College of Business and Economics at the University of New Hampshire.

Michael is a frequent speaker and lecturer at universities and law schools, has spoken at the Doha Economic Conference in Qatar, and has testified and presented to federal, state, and local legislations on franchising. He has been qualified as an expert in franchising in the United States and Canada and have testified or provided litigation support in several cases involving franchising, restaurants, retailing, manufacturers, and service companies for franchisors and franchisees.

MSA Worldwide works with emerging franchise brands, and advises established franchisors and non-franchisors. Our approach to client services ensures that our client’s franchise offering, and their system’s structure and support are in alignment with their brand promise, their goals, and their objectives. We are widely recognized for our capabilities and work with many of the leading franchised and non-franchised brands. Our reputation for client performance has allowed us to be honored many times by our peers. There is no other firm of advisors in franchising that has the reputation and can deliver the depth or breadth of experience of MSA Worldwide.

What to Do about Franchisee Litigation

It seems that every article about franchisee litigation opens with the author spending time on how you should find ways to avoid it.

Good franchisors will provide you with specific criteria for assessing potential locations for your franchised business. There are several types of sites you'll become familiar with as you look at specific locations.

Revisiting Whether and How to Train Franchisee Employees

The NLRB’s recent reexaminations of co-employment issues in franchising have required franchisors to revisit their practices around the support they provide to franchisees, and how they manage that relationship in order to avoid vicarious liability.

Franchise Agreement vs. Franchise Disclosure Document: Understanding the differences before you commit

Some franchisees still do not read or understand their franchise agreement before committing. Here you understanding the differences between franchise Agreement vs. Franchise Disclosure Document.

How to Avoid a Bad Franchise Opportunity

With hundreds of superior franchise opportunities available today, there is no reason for you to settle for less than the best opportunity in your investment range.

Franchising Your Business to Achieve Sustainability

It is our ability to trust in a brand that makes franchising work. It is also – when franchisors don’t structure and support their systems properly and don't deliver on their brand promise to franchisees