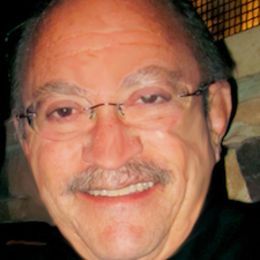 With over 40+ years in franchising Craig has practically seen it all. Having held every position, around the conference table, with the exception of being a franchise owner/operator, he has helped hundreds of companies either develop or refine their franchise programs, or create their prototypes, through Franchise Architects, a company he founded in 1980.

The most significant event in his life came in 1987 when he began exploring the behavioral and “people” aspects of franchising. Having worked with so many companies he realized that a company could have the best product or service, at the consumer level, but if they award a franchise to someone that cannot execute the business model, in the manner in which it was designed, the results just would not occur. Based on almost 10 years of research and validation the Franchise Navigator was launched in 1996. Since then hundreds of franchise companies have had the Franchise Navigator create their franchisee high performer profile, along with strategies on how to attract the right profile to their franchise.

The experience of Franchise Navigator led to working with either potential or current franchise operators in understanding their Navigator Profile. The Navigator currently operates in multiple spaces and the Entrepreneur Navigator is a tool used by potential franchise owners to determine if they have the “right stuff” to be a franchise owner. Further, his team of Certified Navigator Life & Business Coaches work closely with entrepreneurs and franchisees on better understanding their individual strengths and areas of focus and how to increase productivity and performance.

Franchising is Full of B.S.™

Whether we realize it or not, everything we do in life and business is based on Behavioral Sciences. The mind bases decisions and activities on the intellectual part of making decisions that are best for us.